The areola can be recreated, through the art of permanent make-up, after mastectomy and reconstruction surgery. Most insurance companies cover this procedure.

Enhancement of the areola is done to deepen or change the color as desired.

The client wanted areola enhancement  after having a unilateral (left side) mastectomy and reconstruction, without a nipple graft. The client also wanted a breast reduction scar on the right areola to be incorporated with areola pigment in lieu of skin tone pigment. The left areola was matched to right as shown from the before and after photos below. 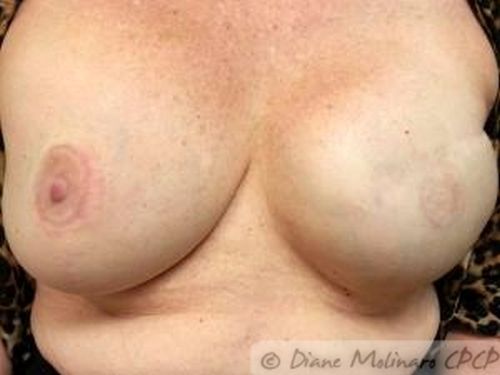 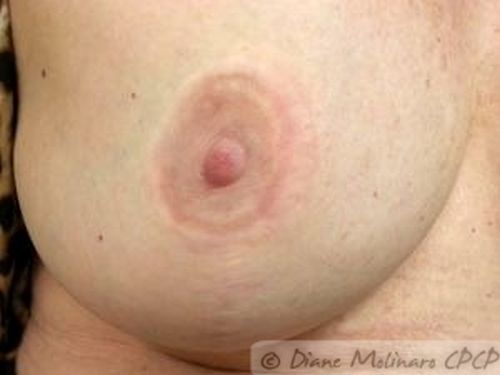 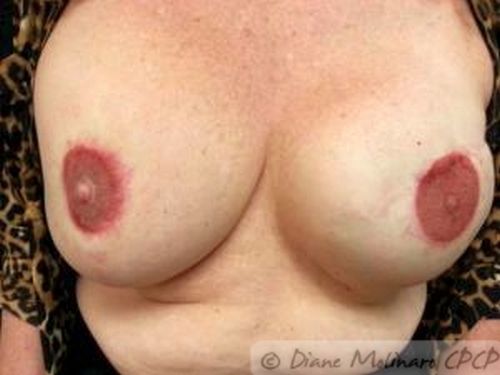 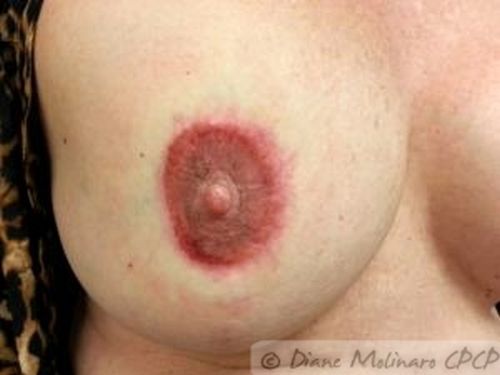 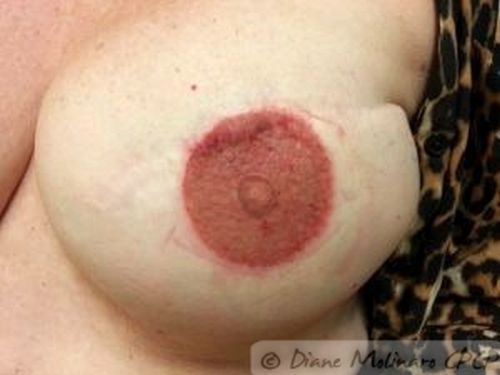